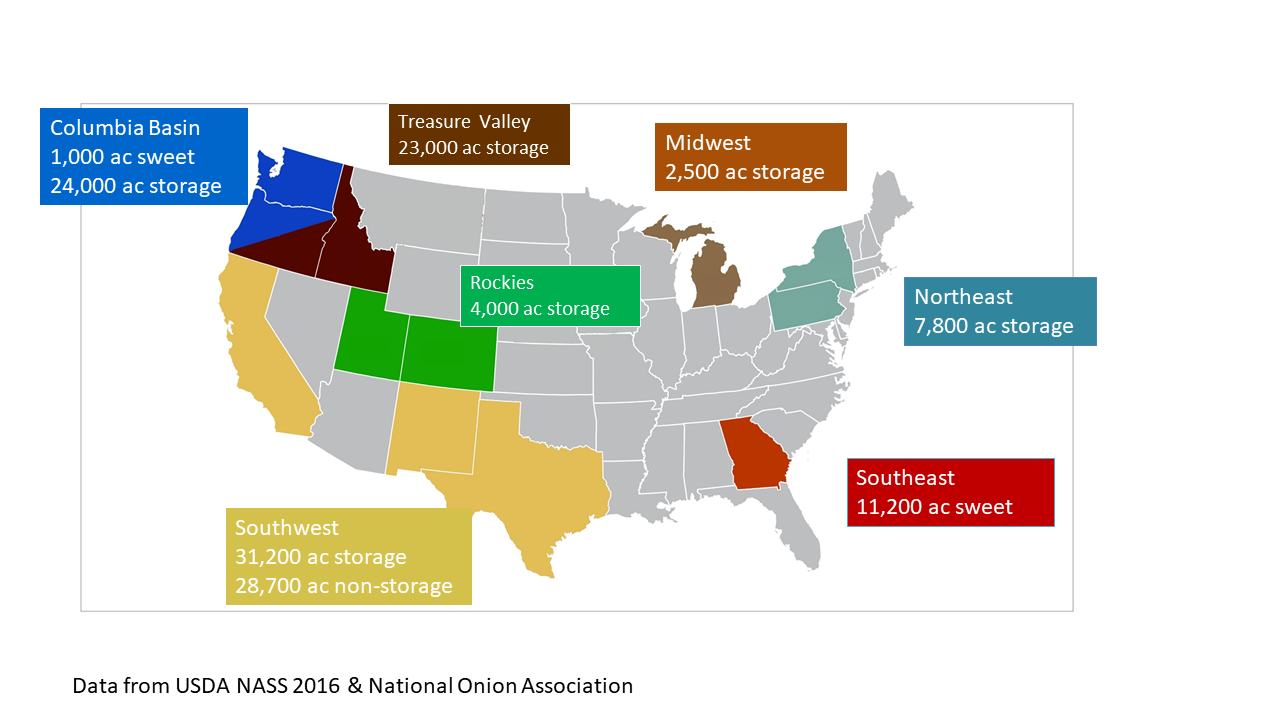 About onions in the USA

Onion, Allium cepa L., is the third most consumed vegetable in the U.S.A, behind tomato and potato. The per capita consumption of onions in the U.S. is about 20 pounds per year, which has increased 70% over the past 20 years (https://www.onions-usa.org/all-about-onions/consumption).

Onion bulb crops are grown on approximately 140,000 acres/year in seven primary regions of the U.S., with a farm-gate value of $925M and over $70 million in added value after processing. While onion is grown in at least 20 states in the US, the majority of onions for commercial markets are produced in California, Colorado, Georgia, New Mexico, New York, Oregon, Texas, and Washington. Over 20% of the world’s onion seed is produced in the U.S. and is valued at over $100 million/year.

Alliumnet is a collaborative effort focused on supporting the production of allium species in the United States.

Find information resources for researchers, extension staff, and producers on the management of onion pests and diseases.

Explore the latest research on managing onion pests and diseases in the US.

The Alliumnet website is developed, maintained, and hosted by the Southern IPM Center and the Center for Invasive Species and Ecosystem Health at the University of Georgia.

Questions and/or comments can be sent to the Bugwood Webmaster 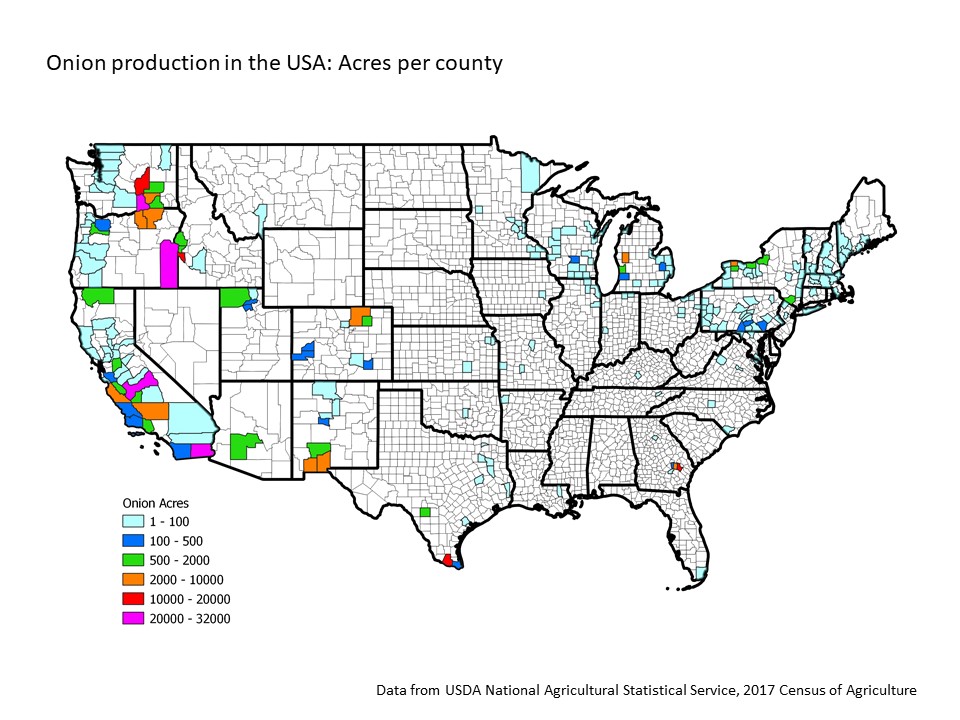